Managing Multiple Teams From A Distance With BeeTrack 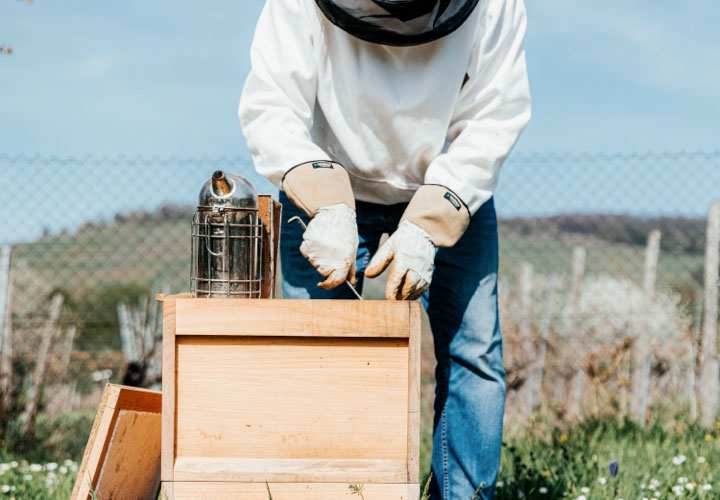 Noyes Apiaries operates with multiple teams in different states. It’s challenging to manage different branches of the business when teams are so spread out. Managers want to know who visited which hives to call and ask for more info.

Nectar worked together with Josh Freeman, co-owner and manager at Noyes Apiaries. We developed a custom map showing the last time a yard has been inspected.

The map helps with planning and managing teams at a distance. Specifically, Freeman can see who last worked a yard, when they were there, and what they did. He can also call that person and learn more about what they observed. The map has a color-coded legend to help Freeman prioritize yard visits so he can easily tell which yards haven’t been visited recently.

Noyes Apiaries is a multi-generational operation founded in Idaho in 1973. They generally run around 14,000 hives at their peak for commercial pollination and honey production. Noyes Apiaries started using BeeTrack in the summer of 2021, just after the product launched.

Noyes Apiaries runs hives out of multiple states. BeeTrack was appealing because of the ability to manage teams at a distance. Transportation logistics would become easier too, as a team could simply scan a hive when received at a new location to see exactly when it had been last fed or treated.

Through the end of 2021 and into early 2022, Noyes Apiaries faced reliability challenges with BeeTrack. Sometimes the app wouldn’t load while they were in the field, and other times it wouldn’t mark the location of a scan correctly. These were frustrating issues. BeeTrack was still in its first year of development, and the team quickly implemented stricter quality control and testing methods. GPS accuracy is now as precise as 5 meters!

In early 2022, Nectar’s team visited Josh Freeman, manager at Noyes Apiaries. He was coordinating hives across multiple states, and was interested in how BeeTrack could make planning and worker management easier.

Nectar developed a map using the BeeTrack data from Freeman’s operation to see when hives had last been inspected. Nectar sends Freeman the map weekly during the summer. It shows the location of their hives, along with the days since last inspection.

The Last Inspection map helped Freeman a lot, especially as a quick reference on what had been done the week before. “I use it on Monday mornings when planning my week. It gives me information on which person has visited each yard and helps me see which areas we visited more often and which ones need attention,” Freeman said.

Freeman was especially impressed with the ability to know who visited each yard last. “It’s important for me because I can call them and ask them what their observations are of what’s happening in those yards,” he said. As shown in the image above, when a yard point is clicked on the map a pop up appears with data about that yard, including who last worked it.

BeeTrack’s Last Inspection map is helping Noyes and other beekeepers move beyond the limitations of the traditional whiteboard or spreadsheet. It provides helpful insights that make Freeman’s job easier as the manager in a multi-state operation. “This map is especially helpful for operations that are not as hands-on in the field or require long-distance tracking or monitoring,” he says. “I can manage operations across the country without having to go down there.”

In addition to Freeman, other BeeTrack clients have been receiving the map with their own data. In the near future Nectar plans to have the Last inspection map become a permanent part of BeeTrack’s Manager’s Portal so that any client can access it whenever they need to.

You may enjoy these related stories

Busy Bee Farm has been using Excel to manage their beekeeping records for years, but it’s a challenge to stay on top of data entry during busy periods. They want to use their data to track the health and history of hives from pollination, post-pollination and winter. Busy Bee also wants to make informed decisions about which queen breeds work best for their operation. BeeTrack makes it easier for Busy Bee Farm to manage their employees and hives. Advantages include time saved through record keeping and easier planning for management.

Thank you! You are now subscribed to our mailing list
Oops! Something went wrong while submitting the form.